La Meira has been first dancer in Carlota Santana Flamenco Vivo, Fred Darsow Dance, Pasion y Arte, and Ballet Flamenco La Rosa, performing throughout North America in venues such as Carnegie Hall and Jacob’s Pillow. Meira has been featured in several documentaries and has been awarded choreography grants from Pew Charitable Trusts, American Dance Festival, and the New York State Council on the Arts.  She  choreographed “Carmen” under the baton of Seiji Ozawa, and the first staging of the 1915 version of Manuel de Falla’s “Amor Brujo” since Pastora Imperio performed it in that year, along with the rarely staged opera “La Vida Breve” for the Manhattan School of Music.  The New York Times called  the production “one of the more audacious, intriguing operatic undertakings to hit a New York stage this season.”  Meira holds an M.F.A. in choreography as well as an Ed.D in dance history from Temple University, and has published numerous articles on Flamenco history.  Meira’s doctoral dissertation on Carmen Amaya contains thirty five interviews with figures such as Diego Castellon, Leo and Antonia Amaya.  She is currently working on a project entitled “Sonidos Negros:  Meditations on the Blackness of Flamenco.”  She has taught at Bryn Mawr, NYU, Princeton, Sarah Lawrence College, Flamenco Festival International in Albuquerque, Ballet Hispanico and at the Fashion Institute of Technology. 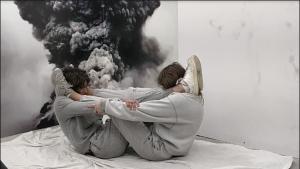