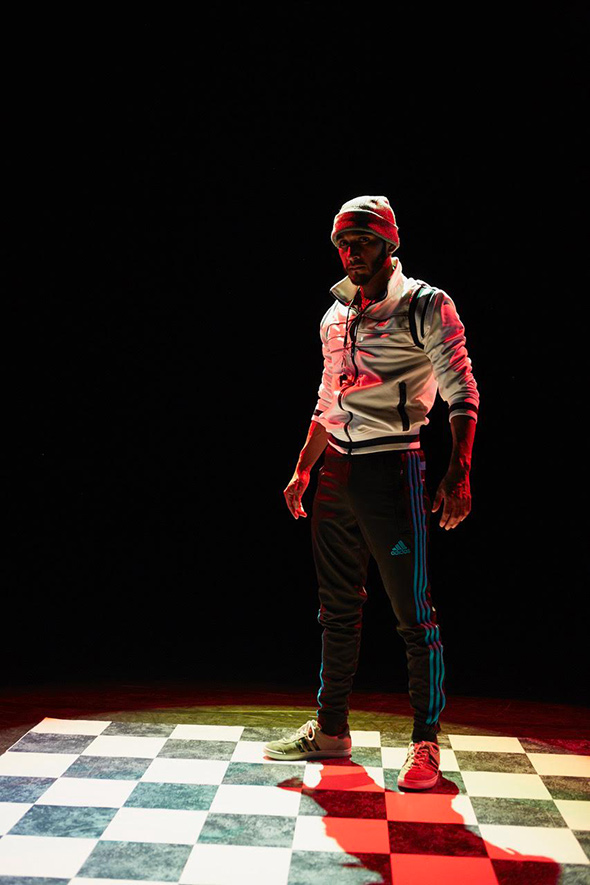 “I Gotta” incorporates a series of “Power Moves” in b-boy practice, into a choreographic score, with interspersions of text complimenting the movement. The dance exposes undercurrents of sexuality and hyper-masculinity in the b-boy practice operative in the dancer’s reflections, which illuminate the dancer’s ability and vulnerability.

Julio Ulises Medina is a dancer, teacher, and choreographer from Los Angeles. Medina earned his M.F.A at the UCLA Department of World Arts & Cultures/Dance where he had the privilege of working with artists Kevin Williamson, David Rousseve, and Cheng-Chieh Yu. Prior to, he majored in Cultural Anthropology as well as Dance and Movement Studies at Emory University as a Quest Bridge Scholar. While living in Atlanta, he worked with choreographers George Staib, Kyle Abraham, and Tara Lee. Medina founded TrickaNomeTry (TNT) Dance Crew in 2009, an all-male hip-hop crew that still performs in the Atlanta community. In addition, Medina pioneered a partnership between TNT and Men In Motion, a dance company of boys ages 8-13 from Moving in the Spirit, a nationally acclaimed non-profit. Medina is passionate about bringing arts to underserved communities. His role as a hip-hop teaching artist with Dance2Serve in South Central Los Angeles fulfills this passion. Medina spends his time as a real estate agent when not engaged in the arts. He intends to create a community arts center in South Los Angeles by 2025. Medina is currently a Lecturer in Dance at California State University Long Beach. 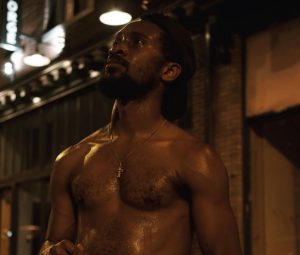 Thank you thank you and thank you to everyone who made this residency (Black Artist Space to Create) possible. These past two weeks have been a blessing! Not only have I been able to deepen my own personal/artistic practices, I was given the space to connect with people that I love! I was given space to reflect on love, and to prepare for what this next year (2021) will bring! Shout out to New Dance Alliance, Modern Accord Depot and Angie Pittman for the time, the space, and opportunity! I am forever grateful! It felt like a good meal, with dessert!